In this SAMSUNG 860 EVO SSD review 2019, I shall guide you on why you should buy. Samsung is the best selling electronics and gadgets company. Samsung’s slogan about this drive is to give consumers an affordable SSD packed with reliability and performance. This one is 2.5 inch standard SATA SSD. But it does come in MDOT and SATA configurations as well.

When it comes to the capacities, Samsung 860 Evo SSD starts at 250 gig. It actually goes all the way up to 4 terabytes which is kind of insane. If we talk about differences between 860 EVO and 850 Evo they’re using the new Samsung mjx controller for 860 EVO.

Otherwise, in terms of the capacity for cache, it has 250 and 500 gigs. Whereas the 1 terabyte I think has a gig, the two terabytes have 2 gigs and the 4 terabytes have a four gig cache.

When it comes to the speed of the drive they claim this is a 550 and 520 MB per second read and right respectively. This drive with a maximum of 98 thousand I option depending on what workloads you’re doing.

This is still a nice step up from Samsung. But it’s still nice to see and obviously that extra capacity if you’re interested in it.

In Samsung 860 EVO SSD review you have the standard SATA data and power connections standard mounting hardware and obviously the label on the back of all the QR codes. You know barcodes and stuff for your serial number and that’s a thing but otherwise, that’s pretty much it for the physical tour of the drive moving.

For its testing, I was using an Intel i7 7700K for the drive. I was using obviously the standard SATA connector. I was using was a TT of this benchmark AS SSD at Crystal disk mark and my own connection of real-world testing which actually tests read and write as simultaneously.

So a little bit of a stress test as with all the synthetic tests you will see slightly different results depending on which program you’re using. The highest numbers we saw were with a TTO where we’re seeing 563 megabytes per second on the reads. Moving forward and let’s check its speed in our Samsung 860 EVO SSD review 2019.

We’re thinking about 530 on the rights chrysalis mark was a little bit of behind that was to think about 550 564 reads and about 524 writes which were advertised from Samsung. I think about 500 in reads and write as well it’s still very impressive and still very fast drive.

It copied all GTA 5 data which is nowadays about 90 gigabytes kind of insane. So you take those game files and then you duplicate all of them on the same Drive. It means that it’s reading and writing to the same drive.

Normally quite a stress test especially for more mechanical solutions with the SSD though it was doing a pretty decent job running between 200 and 300 megabytes per second. So I’m very impressed with the drive’s performance.

Well if you’re after an SSD which is a really nice one to pick especially in an affordable budget and has a pretty decent five-year warranty and generally speaking Samsung is pretty decent with the general reliability of the drive. So that’s certainly nothing to worry about.

For me, this is going to be 4.5/5 money in terms of performance. I think it’s doing a really good job. When it comes to functionality I think 4/5 functionality.

In terms of styling, it’s an SSD that does pretty decent jobs. It’s going to be I think a 4.5.

It’s a really impressive drive that comes in a decent price and there’s a lot of storage options available for you up to four terabytes. So I definitely recommend it.

At last in Samsung 860 EVO SSD review 2019 my thoughts I would definitely suggest to buy it. I’d love to hear your thoughts in the comments down below. 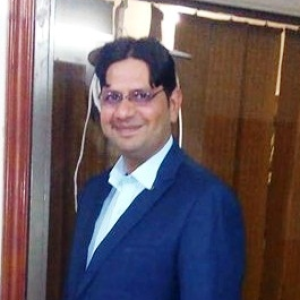